Professor in Community and Regional Development 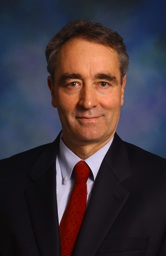 University of California, US

Martin Kenney is a Distinguished Professor in Community and Regional Development at the University of California, Davis; an Affiliate Professor at the Scuola Superiore Sant´Anna; Senior Project Director at the Berkeley Roundtable on the International Economy; and Senior Fellow at the Research Institute for the Finnish Economy. He has been a visiting scholar at the Copenhagen Business School, Cambridge, Hitotsubashi, Kobe, Stanford, and Tokyo Universities.

Kenney’s scholarly interests are in the impacts of new technologies, in particular, digital platforms on industrial structures and labor relations, the dynamics of entrepreneurial high-technology regions, university-industry technology transfer, and the development of the venture capital industry. He co-authored or edited seven books and 150 scholarly articles on industrial clusters, entrepreneurship, venture capital, innovation, university-industry relations, and value chain upgrading. His first book Biotechnology: The University-Industrial Complex was published by Yale University Press. His most recent edited books Public Universities and Regional Growth, Understanding Silicon Valley, and Locating Global Advantage were published by Stanford University Press where he edits the book series Innovation and Technological Change in the Global Economy. His co-edited book Building Innovation Capacity in China was published by Cambridge University Press in 2016. His articles have been published in American Sociological Review, California Management Review, Journal of Economic Geography, and Research Policy, to name a few.

Kenney is a receiving editor at the world’s premier innovation research journal, Research Policy. In 2015, he was awarded University of California Office of the President’s Award for Outstanding Faculty Leadership in Presidential Initiatives. His research has been funded by the NSF, the Kauffman, Sloan, and Matsushita Foundations, among others. He has given over 400 lectures at universities, government agencies, and corporations in Europe, Asia and North and South America.