On the first day of the WORK2017 conference, the future of work was discussed, especially from the platform economic point of view. At the same time as algorithms and artificial intelligence are automating many jobs, new jobs are being created on digital platforms. However, there are still several open challenges related to the organisation and management of the platform economy, such as wealth accumulating to a small number of actors.

Two keynote speeches were held on this topic during the day: 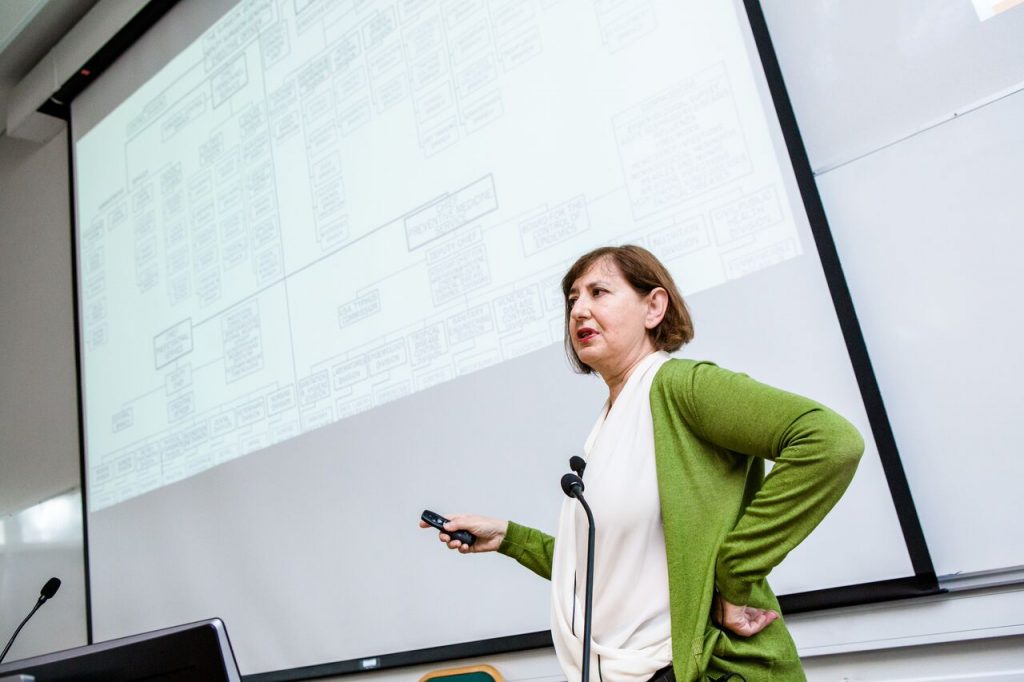 In her keynote speech, Marina Gorbis, executive director of the U.S.-based Institute for the Future (IFTF), discussed the future of work in a digital coordination economy where those who need services and those who provide them will be matched using algorithms.

According to Gorbis, platforms like Uber are only the first stage in the evolution of the digital coordination economy. In the future, services – and thus economic value as well – will be produced without humans.

”In the future, you can program your car to come and pick you up at a specific time. Objects will become economic actors that create their own economic systems”, Gorbis told the audience.

Automation will increase the efficiency and profitability of work, but at the same time traditional jobs will disappear. Wealth will not be equally distributed in the digital coordination economy but will instead concentrate in the hands of big companies that own the platforms.

Gorbis introduced the concept of universal basic assets developed by the IFTF as a solution to the problem. It refers to a basic set of resources that every person is entitled to. They include private and public resources such as housing, healthcare, education and financial security, but also digital resources such as data or digital currencies.

However, Gorbis believes platforms and the regulations concerning them have to be developed further prior to a solution like universal basic assets.

”If we focus on these things, the world of the future can become a wonderful place.”

If automation eats up jobs, where will new work come from? Platform economy workers are, among others, platform companies’ employees and platform contractors such as Uber drivers, YouTube content creators and eBay sellers.

”There aren’t fewer workers on the labour market, quite the contrary. They are just working in new ways”, said the second keynote speaker of the day, Professor Martin Kenney from the University of California.

In his speech, Kenney discussed the effects of the platform economy on work and its organisation, value creation and even social life.

According to Kenney, the owners of digital platforms are just as influential or even more influential than the factory owners at the time of the industrial revolution. Major players such as Google and Amazon use data as their raw material and create value from it.

The platform economy will have a significant impact on many industries, from the automotive industry to entertainment and the accommodation sector.

More and more services rely on algorithms and machine learning in their operation. A robot can do physical tasks faster and more efficiently than a human being but, for example, an AI chatting in a call centre or travel site’s chat may not be able to answer all the customer’s questions.

Competition is also changing in the platform economy. Large digital actors are able to continuously create more value by expanding into new territories and linking their users to them.

Kenney also presented some problems related to the platform economy’s regulation in his keynote speech. Google has the power to decide what appears in its search results and Facebook possesses people’s privacy. Booking.com and TripAdvisor reviews are more important information sources than government recommendations.