On the final day of the WORK2017 conference, the discussion revolved around how technological systems and social structures influence people’s opportunities in working life. Today’s keynote speakers also explored how researchers can help reduce inequality. They spoke about automated hiring as well as migrant entrepreneurship. 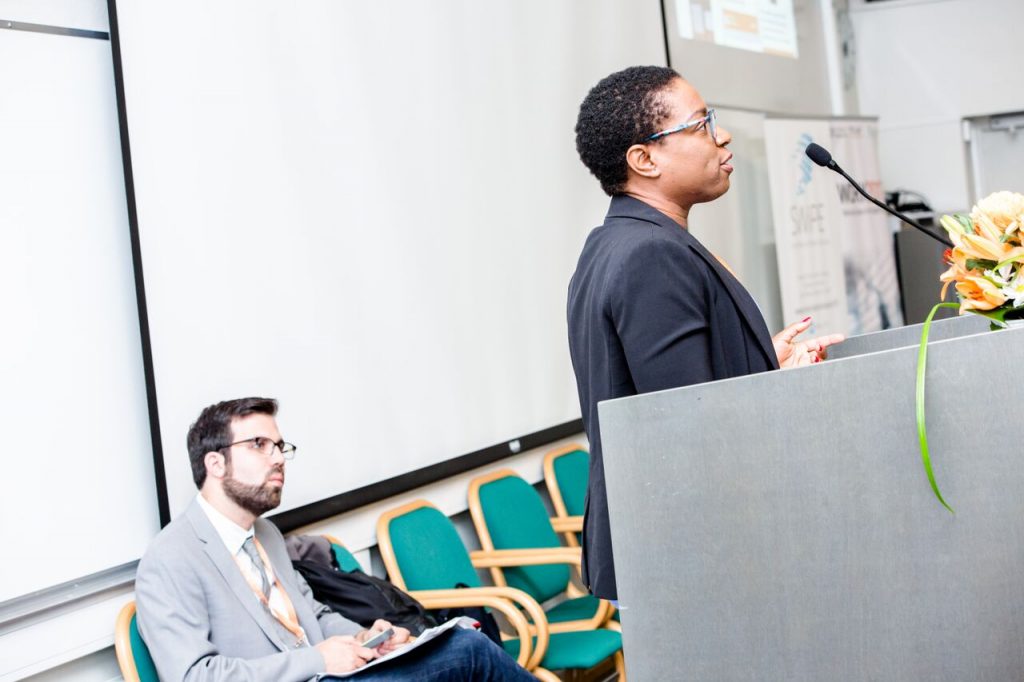 Is artificial intelligence (AI) restructuring labour markets? How do digital platforms affect hiring processes and the power relations between hirers and jobseekers?

Daniel Greene and Ifeoma Ajunwa attracted a full hall of listeners interested in the history of automated hiring and the importance of AI in recruiting. Greene, who works as a researcher at Microsoft Research and Ajunwa, Assistant Professor at Cornell University, are researching the topic together at Harvard University’s Berkman Klein Center. In their research, they are focusing in particular on the platforms used for hiring hourly workers in the US.

Automated hiring platforms are an older phenomenon than the contemporary app-driven gig economy – they are the ancestors of the gig economy’s apps, as Ajunwa puts it. Many companies were already automating the process of soliciting, analysing, screening and even interviewing jobseekers in the late 1980s.

“Today, the 20 largest employers in the United States have automated their hiring. When a jobseeker fills in a job application, algorithms get to work on it. If the application seems promising to them, it also ends up being inspected by human eyes. If the application does not satisfy them, it is shown a red light and the road ends there.”

Software houses sell automated hiring technologies to companies with the promise of reducing costs. The platform checks the backgrounds of the jobseekers and thus prevents losses and staff turnover. According to the promises, the systems help select exactly the right number of employees, with exactly the right skills – and even exactly when the company needs them and not a moment too early. The algorithms are also marketed as eliminating biases and distortions from hiring decisions.

However, efficiency does not necessarily lead to fairness. Greene and Ajunwa see automated hiring platforms as tools for the management, measurement and transmission of ’human capital’. They fragment workers into discrete sets of skills in the spirit of Taylorism and lead to the stratification of the labour market, where society’s weakest members are vulnerable.

”Companies are not so much automating hiring as they are rejecting the lowest-rated jobseekers. The platforms thus repeat social injustices.”

“The platforms maintain and exploit the separation of parties. They facilitate interaction between employers and jobseekers but retain an essential coordinative role for themselves. The platforms act as if they are benefiting each party, but really they only benefit the employers.”

And in fact, the systems have aroused jobseekers to resistance and researchers to action.

”These mundane black boxes dictate the life chances of millions of people. People give each other tips online on how to cheat automated hiring platforms, especially their personality and skills assessments. We will tackle discrimination next by developing the auditing of the black boxes’ algorithms.” 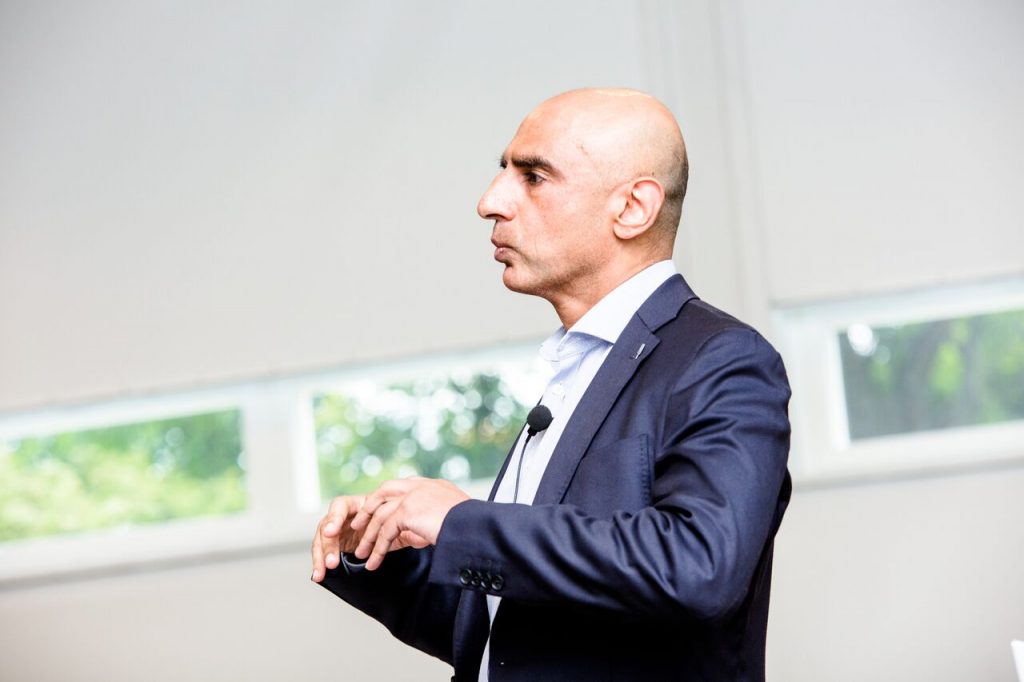 Professor Monder Ram from the University of Birmingham began his speech by taking the listeners on a trip to the poor neighbourhood of Small Heath in his hometown. When Ram and his colleagues met with migrants in a Bangladeshi restaurant and spoke with them about entrepreneurship, it turned out to be quite the unusual encounter.

“They left for prayer during the meeting. As they came back they thanked us. They told us that normally no one cares about them, and they were excited about us university and bank representatives being there. They wanted to cooperate with us.”

The opening of Rami’s keynote speech neatly captures the two themes of his work: migrant entrepreneurship and active, socially impactful research. Rami’s research topic is politically topical, as on the one hand states are currently trying to stop the flow of migrants, and on the other hand promote entrepreneurship.

Migrants end up becoming self-employed at significantly higher rates than the native population. The phenomenon has been explained by referring to ’ethnic resources’ – the norms and values, as well as characteristics and practices of ethnic groups.

However, Ram stressed that ethnicity is too superficial an explanation. Racism, the migrants’ socioeconomic position and where they live strongly influence their opportunities in the labour market.

Although migrant entrepreneurship is considered to provide answers to a bunch of challenges from improving competitiveness to promoting integration, according to Rami it is ignored in discussions concerning both immigration and entrepreneurship. At the same time, the diverse importance of migrant businesses is overlooked. For example, an economically insignificant grocery store can be an important meeting point for the community.

Rami presented the active role of researchers as an answer. Researchers need to take the initiative, discuss and work with civil society, decision-makers and authorities and support individuals. Armchair theorising should be forgotten, even if it is difficult to transform the insight gained from research into practical actions.

“The task of researchers is to produce academic knowledge. However, we must not only work with topics and subjects, instead we must work together with people and organisations. Research must bring about real change. The real world offers researchers the most relevant peer reviews.”
Text: Kaskas Media Oy / Laura Tahkokallio